U.S. Feels the Pain of Steel Tariffs As Prices Rise, Supply Is Reduced 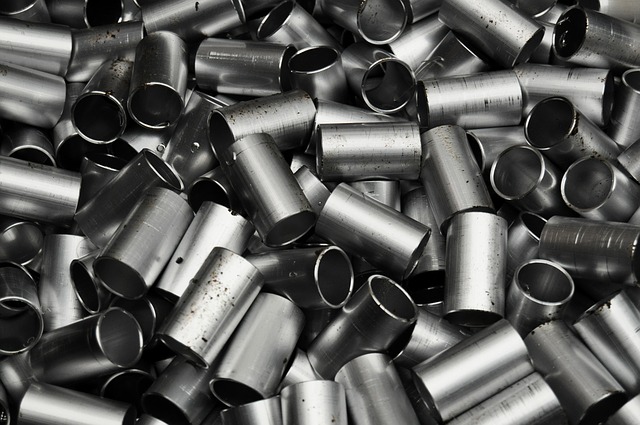 WASHINGTON — Less than three months after the Bush administration suggested its stiff new tariffs on steel imports would have only a limited impact on prices, the levies are sending waves of pain through America’s manufacturing sector — including steep price increases, supply shortages and layoff threats.

“The Bush administration just assumed that people could eat this — that it would be no big deal,” says Charles Blum, a consultant who advises U.S. middlemen who buy and sell steel domestically. “But it has become a big deal very fast.”

Mr. Bush’s advisers, watching the effects warily, now concede that they have been taken by surprise. Along with their own studies, they point to the advice the steel manufacturers offered before the tariffs were announced on March 5. Thomas Usher, chief executive of U.S. Steel Corp. , told the Senate in February that the levies “will only result in modest and reasonable price increases.”

U.S. Trade Representative Robert Zoellick played down concerns then about prices, saying they “might go up over time,” but “without any significant effect on the economic recovery and growth.”

But Thursday, the Commerce Department’s top trade official said the current market might extend into the fall. “The president has advised us to keep track of this,” said Grant Aldonas, undersecretary of commerce for international trade. The administration hopes it is just “a temporary blip,” he added. The intent of the tariffs “wasn’t to create any windfall profits.”

The tariff decision unleashed a barrage of withering international criticism and reprisal threats, but it now appears that President Bush also may pay a domestic political price. Anger is spreading across the Industrial Belt as manufacturers complain that the president’s bid to help one industry is hurting hundreds of companies that employ far more workers.

“What we’re facing now is entirely because of decisions in Washington,” said Frank Mehwald, chief executive of Atlantic Tool & Die Inc. in Strongsville, Ohio, a 450-employee supplier of automobile parts. In recent weeks, all of Mr. Mehwald’s steel suppliers have increased prices by 20% or more, breaking existing contracts. He now spends much of his days scrambling to find the steel he needs.

“This has never happened before — people are breaking contracts all up and down the supply chain,” said Richard McClain of Chicago-based Metalforming Technologies Inc., a 1,400-employee concern that makes automobile parts. He said that last week most of his middlemen voided existing contracts and raised prices by more than 30%. He is also having trouble getting enough steel. “If we can’t get steel, we’ll have to cut jobs,” he said.

Some steel buyers already are cutting back production. Bloomfield Manufacturing in Middlesex County, N.J., now staggers its skeleton crew at scrap-melting plants that make mesh and wire. The company now works with eight employees, almost half that of last year.

The real crunch may be a month or more off, when manufacturers find out whether they can pass along increases. In Minnesota, Erick Ajax runs a company that makes freezer hinges that sell for about 30 cents each, with steel costs well over half that. Since May 1, his steel costs have jumped 20% and suppliers have warned him of bigger increases to come. But “manufacturers are making it clear that they have other possibilities for suppliers,” says Mr. Ajax. “There is Canada, Mexico, and of course China. This could be the start of a real rush to China.”

The U.S. steel market was tightening even before the tariffs were imposed. There was a wave of domestic steel-mill closures last year, including Cleveland-based LTV Corp. In all, plant closures had taken 20 million tons of steel off the U.S. market by year’s end. Moreover, inventories built up by buyers when prices were extremely cheap last year began running low earlier this year. In the first quarter, prices for hot-rolled steel, a benchmark, rose about 10%, or by $20 a ton.

The administration’s intent in imposing three-year tariffs of as much as 30% was to curb imports without ruffling domestic steel users. But the Commerce Department’s Mr. Aldonas conceded Thursday that during deliberations over the tariffs the administration was unable to estimate for sure what would happen to prices.

The picture is clearer now: Buyers boosted purchases even before the tariffs went into effect, causing prices to jump an additional $40 to $75 a ton. With imports plunging by more than 30% in response to the tariffs, the market is at its tightest in at least 15 years. Hot-rolled prices are now at about $300 a ton, compared to $210 late last year.

Analysts expect modest increases into the third quarter and beyond, though many companies are reporting quotes from sellers that would make steel as expensive as in the early 1990s. After seeing prices steadily drop for several years, steelmakers are seeing how much they can charge before buyers cut back on purchases.

Administration officials suspect some of the spike can be blamed on increased demand from companies stocking up before prices go higher, tactics they hope will trail off as renewed imports and increased U.S. production ease the crunch.

LTV’s mills have been purchased by International Steel Group, which plans to add about four million more tons of steel to the market this year, compared with the seven million tons LTV had been producing. Others are hoping to follow suit. Moreover, with many steelmakers in bankruptcy proceedings and free from certain debt obligations, there is opportunity to undercut competitors’ prices.

Write to Neil King Jr. at neil.king@wsj.com and Robert Guy Matthews and robertguy.matthews@wsj.com