Quotas may save LTV jobs. They may also harm far more Ohio workers. 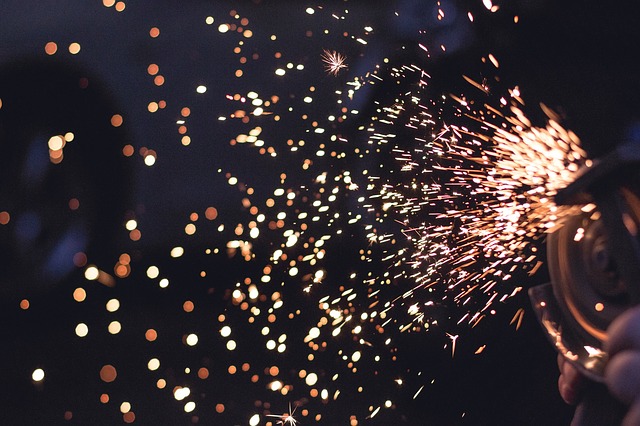 Few have seen LTV from all of the vantage points Bill Adler has.

As a college student 23 years ago, he poured molten steel into test molds in the old Jones & Laughlin mill. After he graduated, he became a steel salesman and later a service technician who “autopsied” LTV’s damaged machinery.

Now, as president of a Tremont metal-forming company that manufactures parts for trucks and cars, Adler takes a longer view, occasionally watching LTV’s blast furnace from his office window.

Though he has observed many sides of LTV, he and the company do not see eye to eye. In fact, Big Steel has made an adversary out of Adler, an affable, golf-shirt-wearing boss known for treating his entire workforce to lunch at Sokolowski’s. While LTV is trying desperately to stop imports from coming into the country, Adler’s Stripmatic Products is buying them.

“The metal formers want and need LTV to survive,” Adler says. “But what they’re proposing as a fix would penalize their customers.”

Adler, who employs 31 people, says he’d rather buy American, but he needs a certain low-grade stainless steel that isn’t readily available here. So Stripmatic has to buy from companies in Mexico and France.

If LTV succeeds in getting Congress to impose quotas, it would be a boon to steel producers. But for steel users like Stripmatic, quotas would make their products costlier to produce and more expensive to buy. Moreover, countries angered by quotas would likely retaliate by keeping U.S. exports out of their own markets.

“In many ways, a very strong set of quotas or price supports on raw steel imports could end up hurting this region as much as losing the plant,” says Ned Hill, a professor of urban studies at Cleveland State University.

A bill introduced by the House Steel Caucus early this month contains a number of measures to help revitalize the industry, including a restriction on imports to mid-1990s levels.

Unlike the well-organized employees at LTV, workers at smaller companies like Stripmatic and other Cleveland shops have not been a cohesive force. Except for the fact that they work with steel, they have little else in common. Steel users make tools, cars, and appliances. They make equipment used to drill for gas and oil. They make frying pans and wire. There are no figures for how many the industry employs locally. But for every steelmaking job in Ohio, there are 15 in the steel-using industry, according to Jon Jenson, chairman of the Consuming Industries Trade Action Coalition. Nationally, the ratio is 50 to 1. And many of those jobs rely on imports.

“There are an awful lot of jobs that will be threatened if we can’t get world-competitive steel,” Jenson warns.

But such figures have been generally lost or conveniently ignored in Cleveland’s rush to the aid of LTV.

For Congressman Dennis Kucinich, it’s a simple matter of fairness. In 1998, the U.S. International Trade Commission found that Brazil, Korea, and Japan were dumping steel on the U.S. market — meaning they were selling it for less than it cost to produce. These sales were blamed for everything from plant closings to thousands of layoffs to pushing 16 American steelmakers into bankruptcy. And dumping continues to this day, Kucinich insists.

He’s willing to listen to people like Bill Adler, but he believes most who object to quotas are acting in self-interest. “We’re under an avalanche of illegally dumped steel. The people who don’t want to stop it include people buying it here, who are making tremendous profits because they are buying it way below the cost of what they could buy U.S.-made steel [for] . . . But it’s illegal . . . You can’t make a profit on somebody else’s back.”

David Zipay, president of United Steelworkers Local 185, draws this parallel: “It’s like going to an auto repair shop that uses stolen parts. It’s illegal. It’s cheaper. But is it right?”

Yet the fairness argument cuts both ways. Analysts say government assistance for floundering companies isn’t fair to those who’ve succeeded despite market conditions. For example, AK Steel in Middleton, Ohio, earned $15.5 million in the fourth quarter of 2000 — at the same time LTV was headed for bankruptcy court. Quotas, the argument goes, only sustain the weak, leaving the market artificially cluttered for American companies that already can compete globally.

“I look at it from a fairness perspective,” says Dan Ikenson, a trade policy analyst with the Cato Institute. “I’m a taxpayer, and I’ve been subsidizing bad decisions made by executives in the steel industry for decades.”

But LTV employs 5,200 people here. It pays taxes here. It supports local businesses and charities here. That makes Clevelanders not terribly interested in being lectured on the survival-of-the-fittest thesis of a free market economy.

If import restrictions were imposed, it’s not clear how many jobs would be affected here. But Bill Adler knows what would happen to his business. The low-grade steel he needs for 70 percent of his stainless product line would become much more expensive. Because his customers — the people who make brakes for truck manufacturers, for instance — will not agree to a price increase, he would likely lose his entire truck business to cheaper imports. And he’d be forced to lay off one-third of his workforce.

“The metal formers in Chicago could probably care less if LTV survives,” he says. “But as a resident of Cleveland, I hope they come out of this and become competitive.”

He just doesn’t want his business sacrificed in the process.